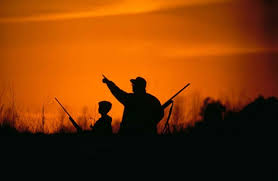 In Virginia, Code Section 18.2-57.2, or Assault and Battery against a Family or Household Member, is a charge which the legislature has recognized as a variation from the standard assault and battery. They have done so by creating a First Offender Statute under Virginia Code 18.2-57.3. The First Offender statute allows a person found guilty, or who stipulates that there is sufficient evidence of guilt, to have the charge ultimately dismissed. This opportunity is commonly referred to as First Offender.

Under the First Offender statute the court may defer a finding of guilt and then require the person charged to do any number of the following: submit to fingerprinting, report to a local probation office and complete any treatment or education programs after an assessment, and remain of good behavior for a period of time of up to two years. Nothing in Virginia Code 18.2-57.2, or 18.2-57.3, forbids a person to own a firearm; however, federal law prohibits the owning of a fire arm in this circumstance under 18 USC Section 922. Portions of this statute forbid a person convicted of a misdemeanor crime of domestic violence from shipping, transporting, or possessing any firearm or ammunition. This includes the shipping, transporting, or possession of a firearm or ammunition for purposes of one’s employment.

Without arguing the merits of this federal statute when compared to the 2nd Amendment Right to bear arms, this federal statute can have serious consequences for anyone who owns a firearm for any purpose. This includes owning or possessing a firearm for matters such as home safety, recreational shooting, recreational hunting, employment with a gun or ammunition distributor, or even for members of the United States Armed Forces. The Federal Statute puts much more at risk for a person charged with domestic assault and battery. While First Offender may seemingly be an inviting opportunity, a person must consider the collateral consequences of the conviction, or even the deferred conviction, of a domestic assault and battery.

If you have been charged with an assault and battery, and need an attorney who understands the collateral consequences this conviction may have on your right to bear arms, or even your employment as a member of the Armed Forces, contact Brandon C. Waltrip, Esq., or one of the attorneys at Collins | Waltrip, PC and let us work to defend your rights.